Your Attitude Sets the Tone for Your Team

Your Attitude Sets the Tone

Every one of the evening crew might have preferred to be elsewhere on a Friday at 5:00 p.m., but as they took their assigned positions in the kitchen, front counter, and drive-thru, they chatted merrily about their lives that day and their weekend plans. Soon the lobby would be packed with customers, eager for hot food, cold drinks, and quick service. The crew was pumped to deliver. Attitude sets the tone for those we serve.

Five minutes into the shift, the front counter employees noticed the evening shift manager hadn’t arrived yet. He was supposed to be taking orders at the third register. No matter: the crew was upbeat. They assembled burgers and bagged orders, hurriedly darting around each other, keeping the lines of customers moving.

"If you’re in a position of authority, the people you oversee look to you for support and guidance."

Fifteen minutes later, the manager showed up, his scowl halting any comment about his timing. He barked a few commands about speeding up service, then took his place at the register. The crew kept their pace, but they eyed each other worriedly. No one spoke unnecessarily. No one laughed.

As the shift continued, the mood dampened and productivity slowed. Little mistakes were met with angry muttering instead of playful ridicule. The manager, still irate at who knows what, yelled and swore until a lull in customers allowed him to take his troubles to the back office.  By then the damage was done. The crew members were too irritated to return to their jovial banter. The boss’s bad attitude had become their own, their work suffered, and the customers noticed—both the negative attitude and the diminished service.

Supervisors and managers set the tone of the workplace, whether that space is a fast-food restaurant, an office building, or out on the field. If you’re in a position of authority, the people you oversee look to you for support and guidance. They also take their emotional and behavioral cues from your own. If you’re chipper and energetic, you’ll inspire your team to be so as well. If you’re visibly or audibly miffed, your negativity will spread.

You’ll have your bad days, no doubt—times when you have every reason to be down or indignant or frustrated. These days, take extra care with the face you present to your employees. It’s just as important to appear professional before them as it is before your prospects and clients.

The Qualities of Great Managers and How to Develop Them May 3, 2022

The Qualities of Great Managers and How to Develop Them 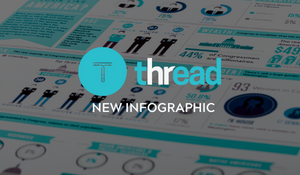