Drug Free Workplace in the Era of Legal Marijuana

The Shifting Landscape of Legalized Drugs

With medical and recreational marijuana use becoming legal in more states nationwide, you may be wondering what kind of drug-testing policy your business should have. The answer to that question depends on several factors: the types of jobs that are done and the degree to which they’re safety-sensitive, legal requirements that may apply to your business, and your company culture. In this article, we’ll give you a general overview of these considerations so you can determine what policy is right for your organization.

Many employers opt for a no tolerance or other very strict policy to help ensure a workplace free of drugs. Employers who choose or are required to take this stance should have a written and consistently enforced workplace policy tailored to meet their specific needs.

When crafting a company drug testing policy, you should consider the following questions:

You should be familiar with any local, state, and federal laws that may affect when, where, and how testing is performed. California, for example, does not typically permit random testing of an employee whose job duties cannot be shown to directly impact public safety. Given all the legal ins and outs, employers may want to seek legal counsel before starting a testing program.

"Some employers want to prohibit and test for marijuana because the use of the drug could disrupt operations, because positions are safety-sensitive, or because they are legally required to do so. Other employers want to allow off-duty use and avoid testing altogether—or as much as possible. There’s no one-size-fits-all solution."

Some matters of testing, however, are straightforward. If you observe suspicious behavior, don’t jump to conclusions. Instead, get another manager or HR representative to corroborate the observations. If you determine a drug test is warranted, you should not administer it yourself, but instead, send the employee to a nearby clinic that’s certified to perform drug testing. Do not have the employee drive themselves to the testing facility; take them yourself, have another manager drive them, or call a cab.

To establish your right to test an employee when you have reasonable suspicion that they are under the influence, you need to have put them on notice that such testing is a possibility. A written policy that has been distributed to all employees and acknowledged with their signature is essential.

The responsibilities of supervisors should include monitoring employees’ performance, staying alert to and documenting performance problems, and enforcing the policy. Supervisors should not, however, be expected to diagnose drug-related problems or provide counseling to employees who may have them. If supervisors are responsible for making referrals for drug testing based on reasonable suspicion, they also must be trained on how to make that determination.

Complications Due to State Marijuana Laws

Drug testing has long been a complicated HR issue, but it can feel even more vexing for employers due to the spreading legalization of marijuana at the state level. Despite still being illegal at the federal level, more than half the states have decriminalized marijuana for medicinal use. Eight states and the District of Columbia have also legalized recreational use. Understandably, the discrepancies between state and federal law have raised questions for employers.

Because marijuana is still illegal at the federal level, you are not required to make accommodations for use under the Americans with Disabilities Act. Some states, however, have anti-discrimination language written into their marijuana statues or there is advocacy to add such protections. To what extent these additions require employers to accommodate the presence of marijuana in an employee’s system while on duty remains somewhat uncertain.

Complicating the matter further are the differing needs and preferences of employers. Some employers want to prohibit and test for marijuana because the use of the drug could disrupt operations, because positions are safety-sensitive, or because they are legally required to do so. Other employers want to allow off-duty use and avoid testing altogether—or as much as possible. There’s no one-size-fits-all solution.

With more people using marijuana (the percentage of adults who use it has doubled since 2002), many employers have chosen to have a more lenient policy on the matter. These employers don’t want to turn down or terminate quality workers for drug use that has no impact on job performance or safety.

The catch with allowing the off-duty use of marijuana is that it can be difficult to definitively prove when on-duty use has taken place. THC (the active ingredient in marijuana) can be detected for several days or even weeks after use, depending on whether the person being tested is a casual or frequent user. Consequently, testing won’t reveal whether the use of the drug took place at work or elsewhere.

Regardless of how effective a drug test might be – is to focus on the performance of job duties. Documentation that an employee had slurred speech, the giggles, and was unable to assist customers in a professional manner is much stronger support for discipline or termination than an inconclusive drug test.

It goes without saying that a lenient policy would not be appropriate for safety-sensitive roles or employees that drive frequently for work. Furthermore, employers with driving positions subject to Department of Transportation regulations must comply with very strict drug testing requirements. 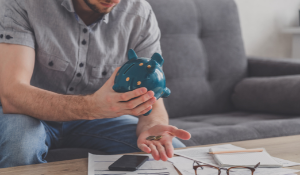